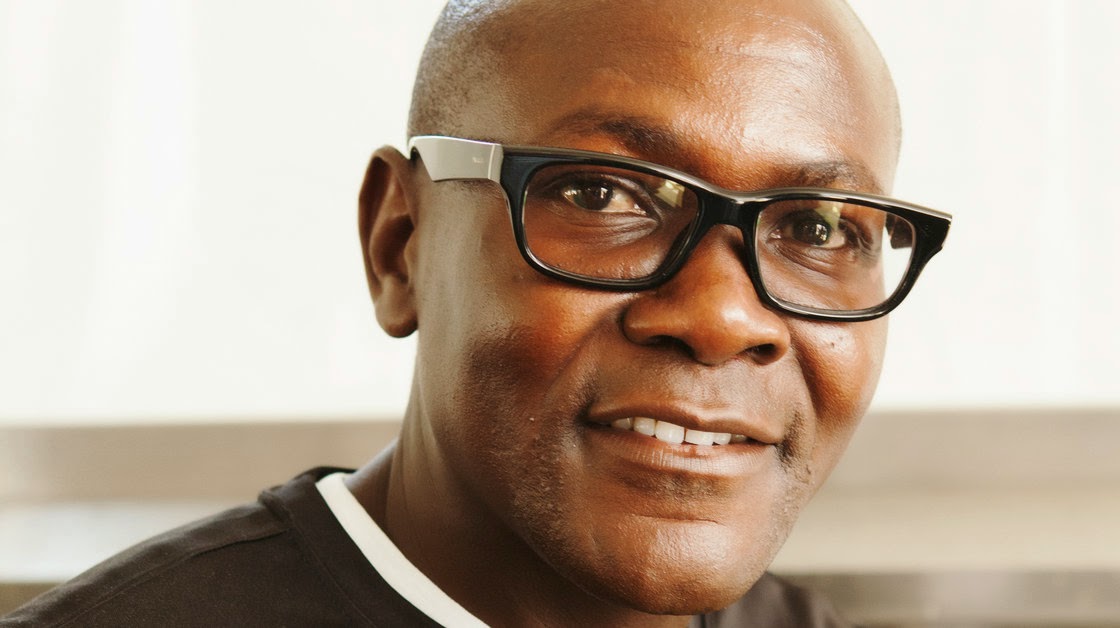 You can't rush goat, says chef Kevin Onyona.
To make the meat tender, you need to cook it a long time — but not too long.

As the host of the Goats and Soda blog, I wanted to learn a little bit more about goats.
At the top of my list: How do you cook goat meat?

That's the question I put to Kevin Onyona, who cooks goat at the Swahili Village restaurant in Beltsville, Md. The Kenyan-born chef was also in charge of preparing the goat stew served up at the Smithsonian Folklife Festival earlier this summer, as part of the Kenya exhibits.

"Goat, it is easy to mess up," he told me. "It's a very tough meat if you don't get it right. You gotta break down that meat, and you got to give it love."

And you've got to take your time. "If you rush goat, just forget it," Onyona said.

So throwing a hunk of goat on a grill is not enough. For soft, succulent goat, Onyona bakes the meat after grilling it, to break down the sinewy muscle even further. He also adds salt, pepper and meat tenderizer.

That goat meat had better be swimming in water for a nice, long simmer, says Kevin Onyona. Spices and vegetables will be tossed in later.

But at the Folklife Festival, Onyona was serving stewed goat. And for that, he devotes a couple of hours of cooking.

First, he boils chunks of goat meat for about an hour, with "a lot of water," he says. You don't want to keep adding water during the 2 1/2-hour cooking time, or that'll interfere with the seasoning of the meat. So fill that pot to the brim at the start. Onyona also puts chunks of goat bone in the mix, for added flavor. And garlic.

Should the pot be covered? "Covered, uncovered, whatever!" he says.

After about half an hour, Onyona adds his seasonings: cumin, curry, cardamon, the Indian spice combo known as garam masala. "There's a very strong Indian presence in Kenya," he says, "and a lot of exchange in seasonings."

After another 30 minutes of boiling, he adds lots of chopped vegetables: onions, tomatoes and peppers of all colors.

He does not add salt. "All the seasonings have a little bit of sodium," he explains (which may not technically be true, but who am I to argue with a master of goat?).After boiling the stew for about 45 more minutes, he turns the heat down to a simmer. "You don't want to break the meat down too much," he explains.

At the very end of the marathon boil, he adds lots more spices: coriander, turmeric, ginger, garlic, fennel seeds, cumin, cinnamon, paprika. "A little bit of everything," Onyona says. The last thing you add is cilantro, after you finish cooking, "for color and aroma."

The end result should be meat that is tender but not completely broken down. "You can chew it a little bit," he says.

The stew is served with the bones on the plate as well. If there are no bones, he says, Kenyans will not believe it's a goat dish. "They love to pick up the bone, suck on the marrow."

And how does the goat stew taste?

I had never eaten goat before the festival. But I dug in. The meat was rich, mouth-wateringly tender. And it had a subtle heat from the spices.

The goat almost melted in my mouth, yet I could definitely sink my teeth into it.

I shared my rave review with one of Onyona's fellow cooks at the festival, Victor. Victor got a look of rapture in his eyes and said, "That is goat, now, that is goat!"