Animal rights extremists may be targeting your farm 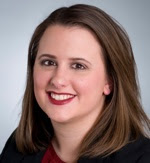 ANIMAL AG WATCH BY HANNAH THOMPSONHannah Thompson is the communications director for the Animal Agriculture Alliance.

Last week, I attended a lunch event in DC where Wayne Pacelle, president and CEO of Humane Society of the U.S., was the headline speaker. Am I some kind of glutton for punishment? I may be, but it is valuable to hear how the other side of the issues we work on presents itself.

Of all that was said during Pacelle’s presentation, perhaps what was most remarkable was what was missing. One usual top vocabulary term from animal rights extremists did not make one appearance in Pacelle’s 30-minute presentation – “factory farm.”
The “factory farm” terminology is a huge source of frustration for animal agriculture. What the term lacks in a technical definition it more than makes up for in negative connotations. Animal rights and environmental extremist groups have done their best to make “factory farm” the commonly accepted term for any type of large livestock or poultry operation, and advocates for animal agriculture have done our best to mitigate its reach.
Could we have some unlikely allies in that attempt?
A few speakers at the Animal Rights National Conference, which I touched on in a previous post, seem to be saying yes. Speakers at the conference commented on how the term might be distracting from the animal rights movement’s end goal: ending animal agriculture in all shapes and sizes. A few relevant remarks from conference speakers:
I won’t go so far as to say that the “factory farm” term is being retired, but there is an apparent trend here, and that is a move to focus efforts on all segments of animal agriculture, despite the size. That shift is clear in PETA’s recent targeting of Whole Foodswith an undercover video campaign and lawsuit.
Small, local, organic, alternative meat and poultry producers beware…your operations may be moving closer to the center of the animal rights movement’s target.

Posted by Terry Hankins, Goat Rancher Editor at 9:36 AM No comments:

Forget Myth: Poinsettias are Not Poisonous to Goats, Pets or Humans

SPRINGFIELD, Mo. — Go ahead and enjoy poinsettias this winter and forget about the myth of them being poisonous according to Patrick Byers, a horticulture specialist with University of Missouri Extension.

While poinsettias are not good for you and have a horribly bitter taste, the poinsettia is not poisonous to goats, pets or humans, according to Byers. "Most pets or children, if they ever tried a leaf, would spit it out and go no further," he said.

If a new puppy got overzealous and ate most of the leaves on a plant, it would probably get a stomach ache and throw it all back up, according to Byers, but the plant is not deadly.
Research conducted by Ohio State University found ingesting large amounts of any part of the plant to be non-toxic.

The American Medical Handbook of Poisonous and Injurious Plants states that ingestion of the poinsettia plant may produce vomiting but no toxic effects.

POISINDEX (the resource used by U.S. poison control centers) says that a 50 pound child would have to eat more than 500 poinsettia leaves to exceed the experimental doses.

The American Association of Poison Control Centers reported that out of 22,793 reported cases of eating poinsettia leaves in 1995, no significant toxicity was found.

Posted by Terry Hankins, Goat Rancher Editor at 8:53 AM No comments: